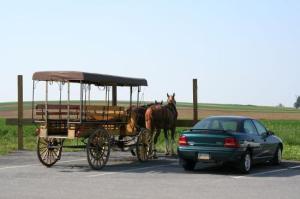 As professional developers, we are asked to automate behaviors by writing high quality code. Our favorite programming languages allow us to do so by providing some primitive types we can manipulate in our program. Yet he can be easy to fall into the trap of primitive type obsession. This code smell occurred when we use primitive data types (string, int, bool, …) to model our domain ideas.

In one of my previous blog post, I demonstrate how to create custom model validation using ASP .NET MVC using an IP address as an example. I had the following property in my Model:

This is clearly a primitive type obsession, because using a string to store an IP address can be dangerous, the compiler will not prevent me from writing the following code:

In C# .NET a string can contain much more information than an IP address, the later is far more specific and should be designed accordingly. I will then use Object Oriented Programming and encapsulation to create a custom IPAddress type.

In the other article I explained that the address follows the IPv4 format which is composed of 4 bytes, then let’s create a class representing this concept.

Does it make sense to be able to instantiate an IPAddress object without setting the bytes? Not really but for now it is possible, let’s fix that!

I now have an object that actually represents an IP address that must be instantiated with all the data it requires. And I now have a class where I can add related logic to ease its use.

I switched from primitive type obsession to “domain modeling” by creating a value object. This kind of refactoring is very helpful for a lot of other cases. For example country codes stored in string while they are only 2 or 3 characters long with only a pre-defined number of possible values. Or an amount represented by an integer which can be negative and completely leaves out the currency of this amount. These are only a few examples among many.

It’s easy to fall into the trap of this code smell, using primitive data types is quick but it can allow unwanted side effects you will have to check whereas value objects protect the code from such behaviors.

See you next time!